Can she regain his trust, or is she destined to lose her one true love?

Dianne Jacobson returns to the small home town she left fifteen years earlier without telling anyone—not even her lover or best friend. She built a successful career and became a social must-have on the party lists because of her marriage to a high-powered, but mean-spirited attorney.

Following a vicious mugging in New York City that left her haunted, hurt, and frightened she returned to Wichita Falls, Texas for safety. Before she could get settled her psychiatrist convinced her to volunteer at an equestrian therapy center. On the first day at the center she ran head-long into the former love of her life, Kip Mahan. Would he accept her, in any capacity?

“Big. And, beautiful.” The horse was tall, copper colored with a flaxen mane and tail. Dianne started toward him but halted mid-stride. Something about the cowboy whispering in Emperor’s ear made her heart stumble, then lurch as though it had been shot out of a circus cannon. The way his jeans fit seemed familiar. And, enticing. Good Lord, what am I thinking? This is crazy. She tried not to stare but couldn’t look away.

Beth’s voice brought her back to reality. “Wait here. I’ll introduce you to the ranch manager. He volunteers his time and horses.”

Dianne ran her hands down the front of her button-up oxford shirt. She wore jeans and boots, but the clothes felt constricting. She struggled to draw air into her lungs and fought the urge to return to her car to get the navy blue blazer hanging over the passenger seat. She had only worn professional or evening attire since she earned a master’s degree and got married. Her best friend, Jocelyn, called them power clothes. But her confidence had vanished beneath the fists of a mugger.

The cowboy walked toward her. His fawn brown hat pulled low, sun-streaked brown hair brushing the collar of his chambray shirt. He wore scuffed, worn boots and chaps with the 3G brand tooled into the bottom.

When he reached her, he stuck out a hand. She took it and forced herself to look up into his face. Her world spun, and she sucked in a breath. Her entire body trembled and she quickly jerked her hand away. This couldn’t be happening. Kip? My God… it was him.

Sign up to be the first to know when Dianne’s Destiny is available: 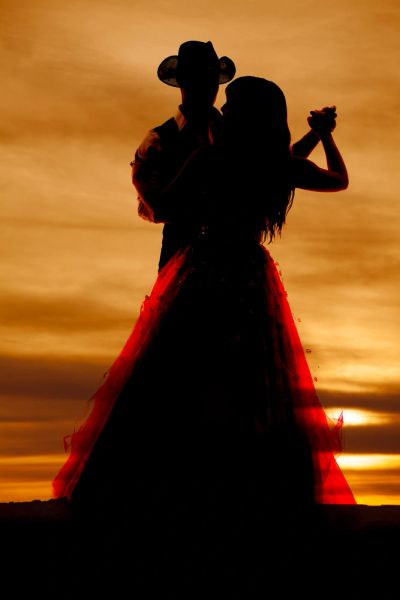 Blurb: Travel the Oregon Trail in 1845 with independent 18 year-old Rebecca Pierce and her mother Sarah. Meet Zachary Miller who manages to steal Rebecca’s heart despite her personal vow to make her father’s dream of building a successful horse ranch and farm. There is no place for love or distraction. Learn to detest Silas Smith…

The old dreams were good dreams, they didn’t work out, but I’m glad I had ‘em.

Robert Kincaid to Francesca Johnson in “Bridges of Madison County"